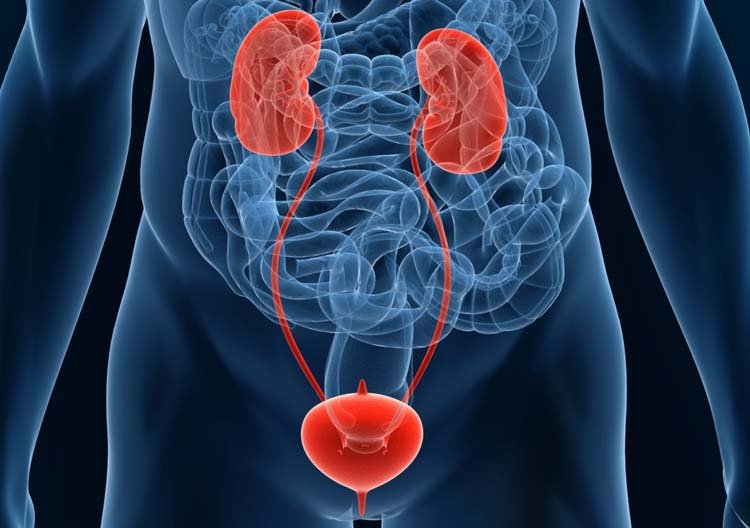 Endourology is the branch of urology that deals with the closed manipulation of the urinary tract.[14] It has lately grown to include all minimally invasive urologic surgical procedures. As opposed to open surgery, endourology is performed using small cameras and instruments inserted into the urinary tract. Transurethral surgery has been the cornerstone of endourology. Most of the urinary tract can be reached via the urethra, enabling prostate surgery, surgery of tumors of the urothelium, stone surgery, and simple urethral and urethral procedures. Recently, the addition of laparoscopy and robotics has further subdivided this branch of urology.

Laparoscopy is a rapidly evolving branch of urology and has replaced some open surgical procedures. Robot-assisted surgery of the prostate, kidney, and ureter has been expanding this field. Today, many prostatectomies in the United States are carried out by so-called robotic assistance. This has created controversy, however, as robotics greatly increase the cost of surgery and the benefit for the patient may or may not be proportional to the extra cost. Moreover, current (2011) market situation for robotic equipment is a de facto monopoly of one publicly held corporation[15] which further fuels the cost-effectiveness controversy.

Urologic oncology concerns the surgical treatment of malignant genitourinary diseases such as cancer of the prostate, adrenal glands, bladder, kidneys, ureters, testicles, and penis, as well as the skin and subcutaneous tissue and muscle and fascia of those areas (that particular subspecialty overlaps with dermatological oncology and related areas of oncology). The treatment of genitourinary cancer is managed by either a urologist or an oncologist, depending on the treatment type (surgical or medical). Most urologic oncologists in western countries use minimally invasive techniques (laparoscopy or endourology, robotic-assisted surgery) to manage urologic cancers amenable to surgical management.

Neurourology concerns nervous system control of the genitourinary system, and of conditions causing abnormal urination. Neurological diseases and disorders such as a stroke, multiple sclerosis, Parkinson's disease, and spinal cord injury can disrupt the lower urinary tract and result in conditions such as urinary incontinence, detrusor overactivity, urinary retention, and detrusor sphincter dyssynergia. Urodynamic studies play an important diagnostic role in neurourology. Therapy for nervous system disorders includes clean intermittent self-catheterization of the bladder, anticholinergic drugs, injection of Botulinum toxin into the bladder wall and advanced and less commonly used therapies such as sacral neuromodulation. Less marked neurological abnormalities can cause urological disorders as well—for example, abnormalities of the sensory nervous system are thought by many researchers to play a role in disorders of painful or frequent urination (e.g. painful bladder syndrome also known as interstitial cystitis).

Andrology focuses on the male reproductive system. It is mainly concerned with male infertility, erectile dysfunction and ejaculatory disorders, along with some issues regarding pediatric such as growing so much that your body cannot handle. Since male sexuality is largely controlled by hormones, andrology overlaps with endocrinology. Surgery in this field includes fertilization procedures, vasectomy reversals, and the implantation of penile prostheses. Vasectomies may also be included here, although most urologists perform this procedure.

Reconstructive urology is a highly specialized field of male urology that restores both structure and function to the genitourinary tract. Prostate procedures, full or partial hysterectomies, trauma (auto accidents, gunshot wounds, industrial accidents, straddle injuries, etc.), disease, obstructions, blockages (e.g., urethral strictures), and occasionally, childbirth, can necessitate reconstructive surgery. The urinary bladder, ureters (the tubes that lead from the kidneys to the urinary bladder) and genitalia are other examples of reconstructive urology.

Female urology is a branch of urology dealing with overactive bladder, pelvic organ prolapse, and urinary incontinence. Many of these physicians also practice neurourology and reconstructive urology as mentioned above. Female urologists (many of whom are men) complete a 1–3-year fellowship after completion of a 5–6-year urology residency.[16] Thorough knowledge of the female pelvic floor together with intimate understanding of the physiology and pathology of voiding are necessary to diagnose and treat these disorders. Depending on the cause of the individual problem, a medical or surgical treatment can be the solution. Their field of practice heavily overlaps with that of urogynecologists, physicians in a sub-discipline of gynecology, who have done a three-year fellowship after a four-year OBGYN residency.